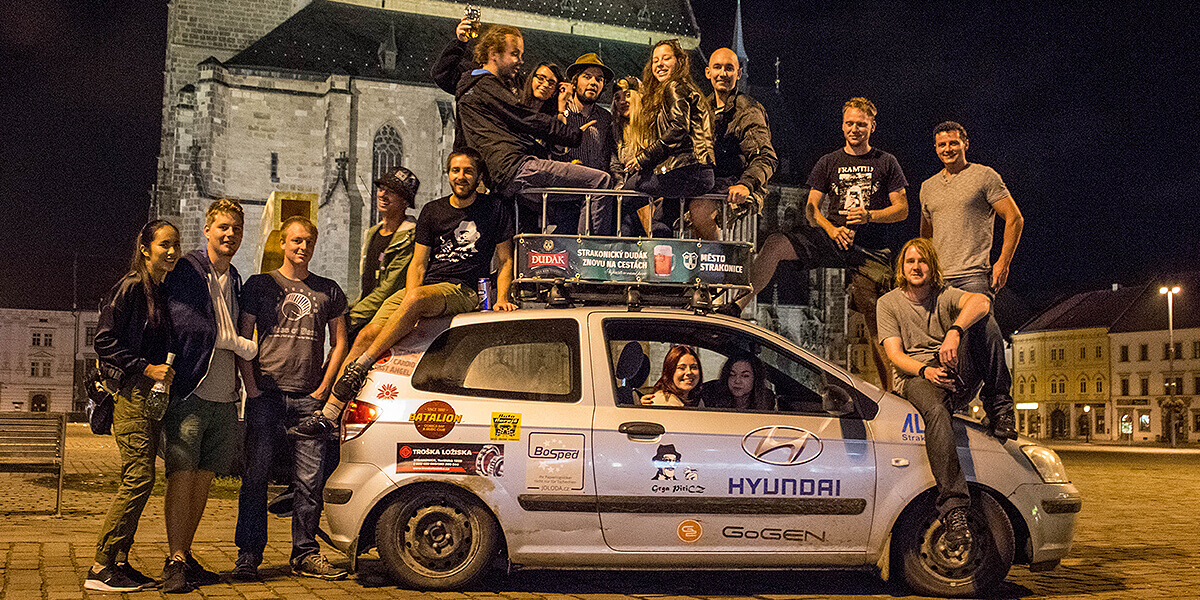 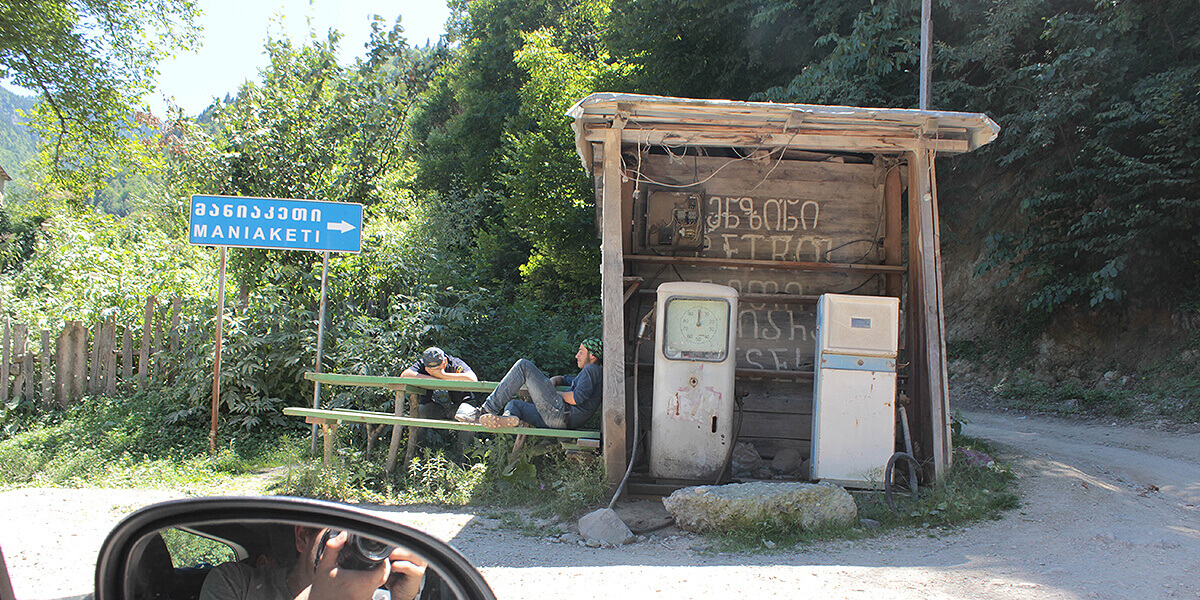 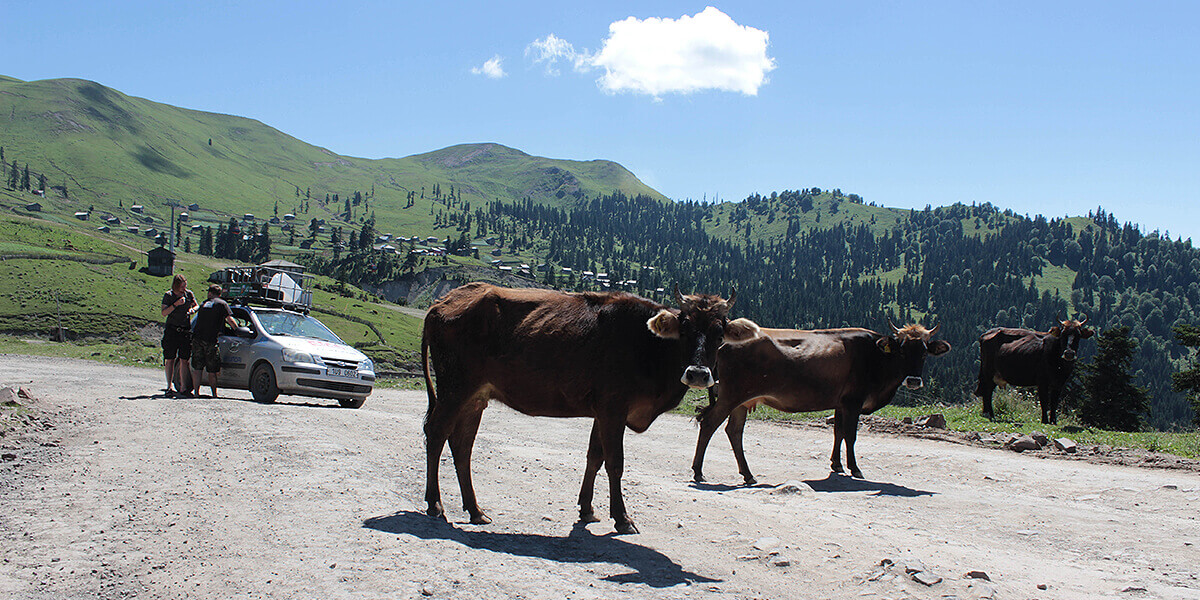 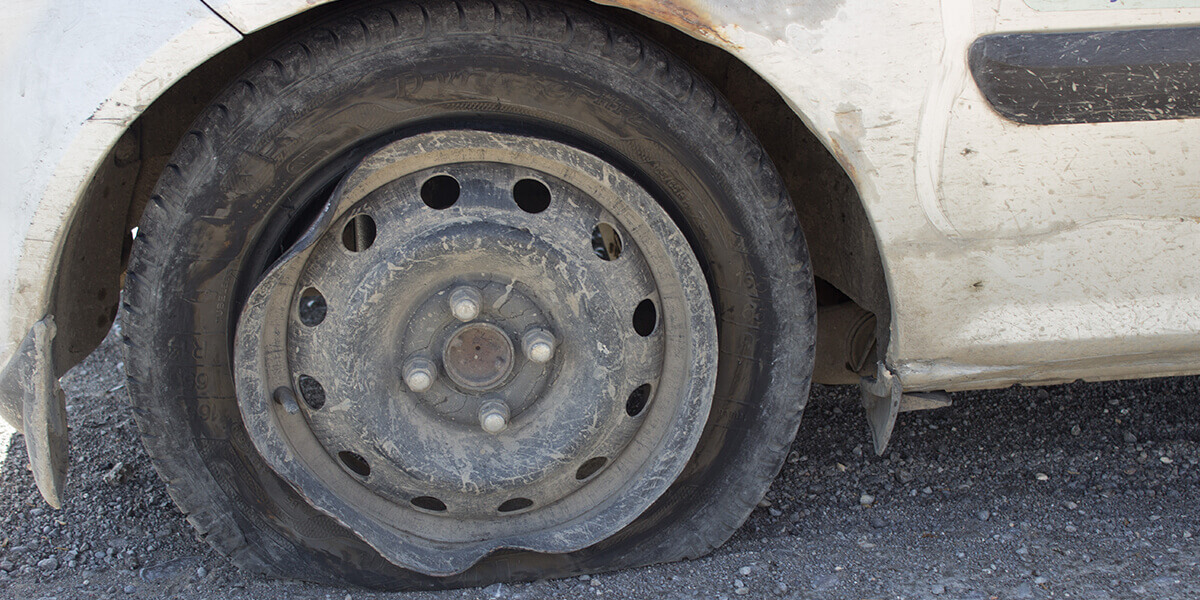 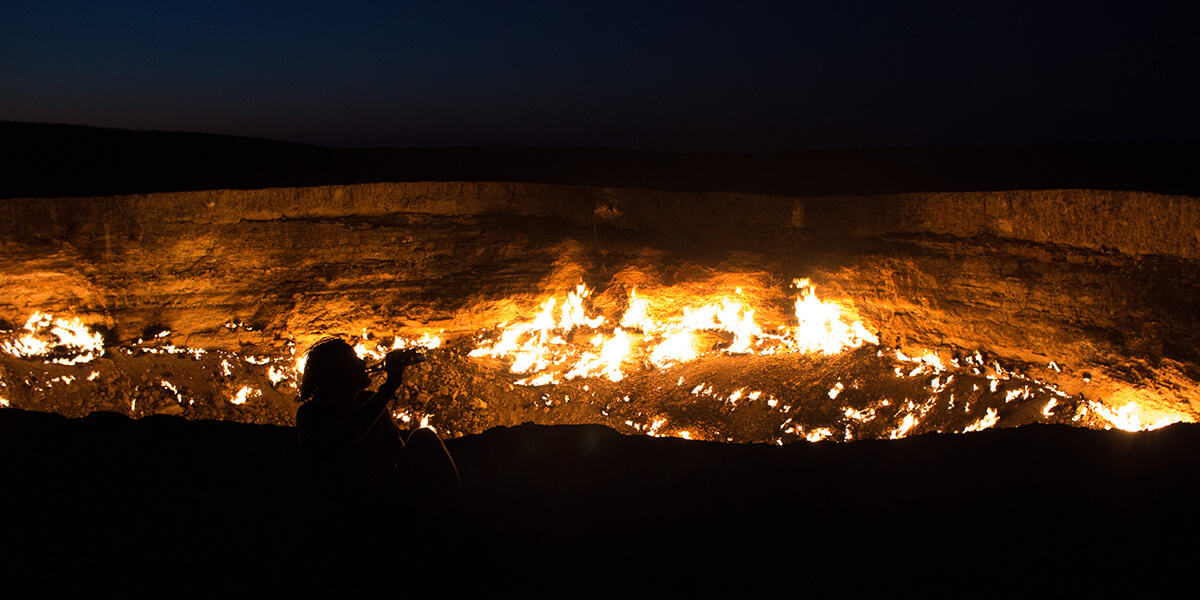 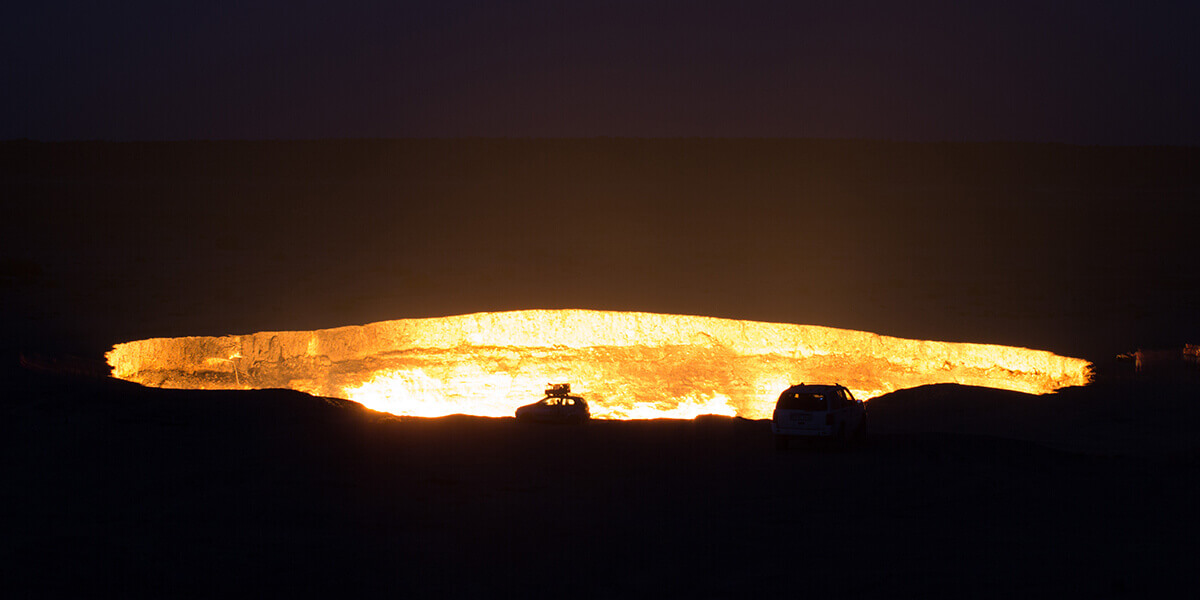 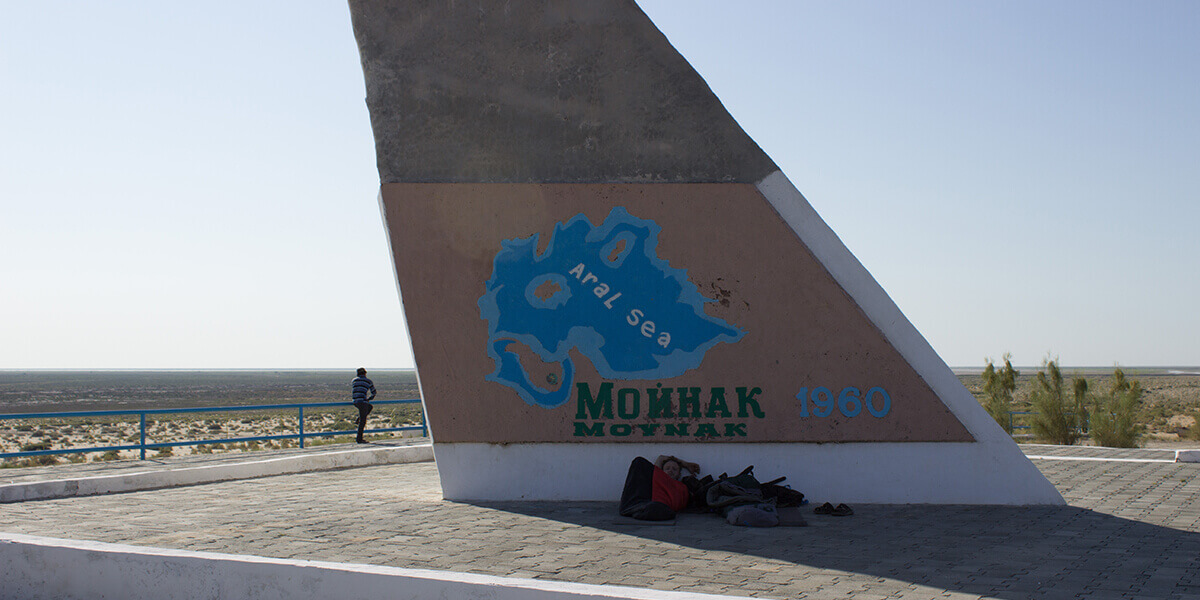 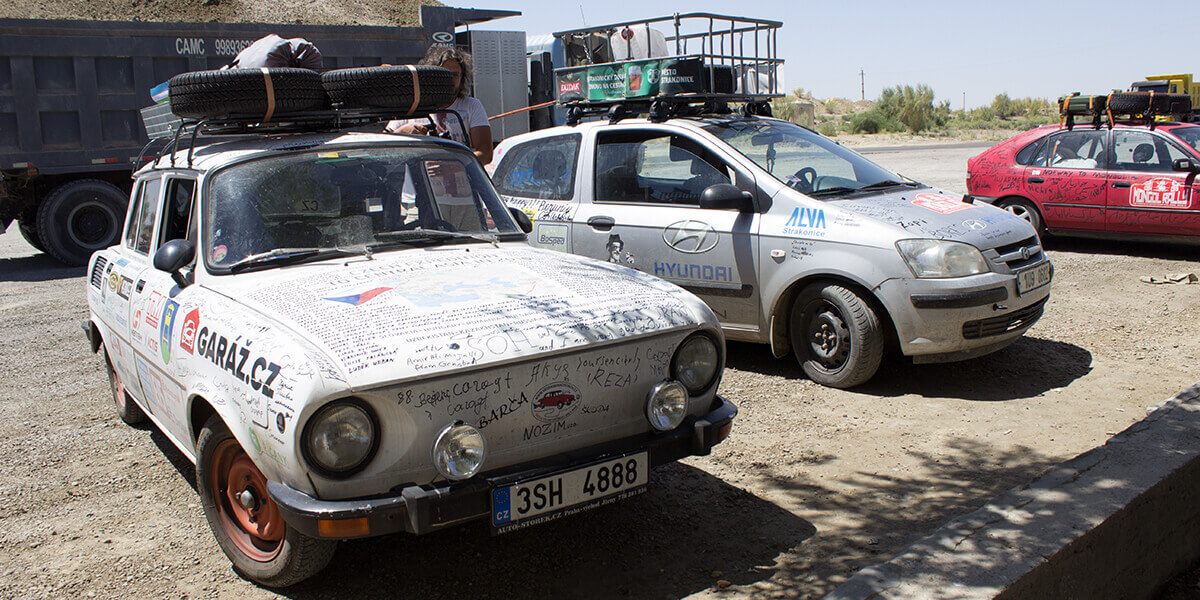 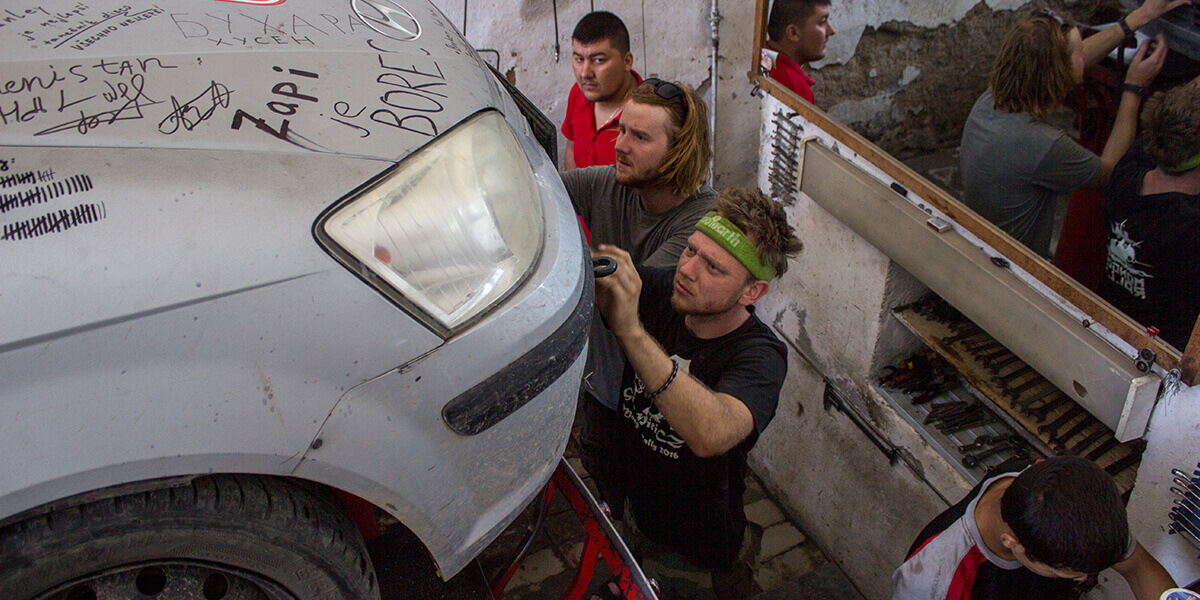 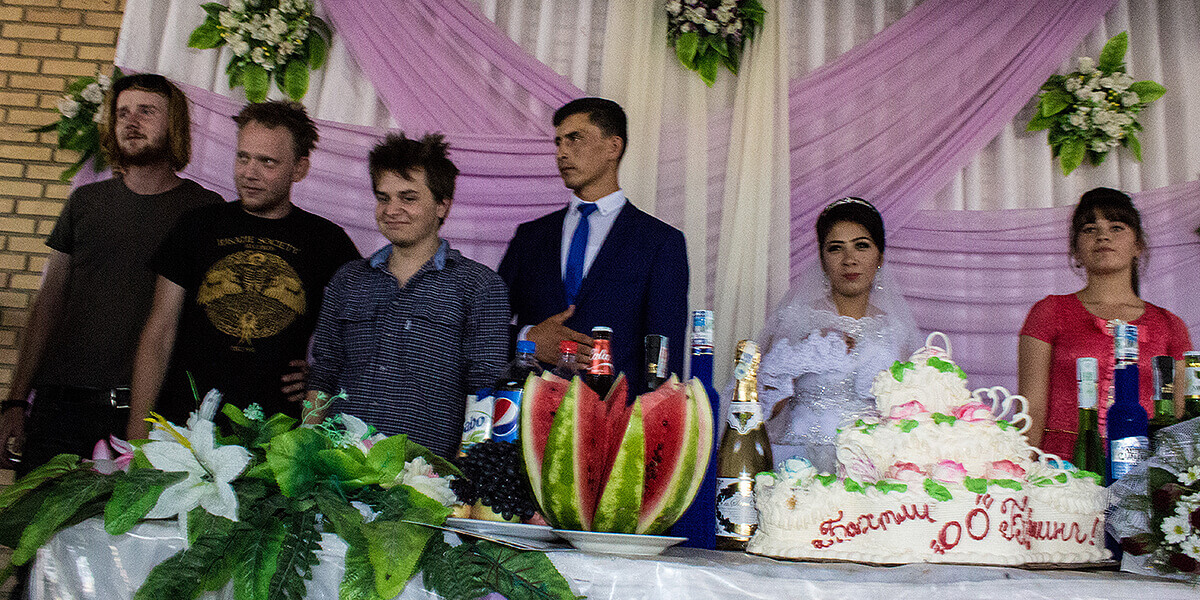 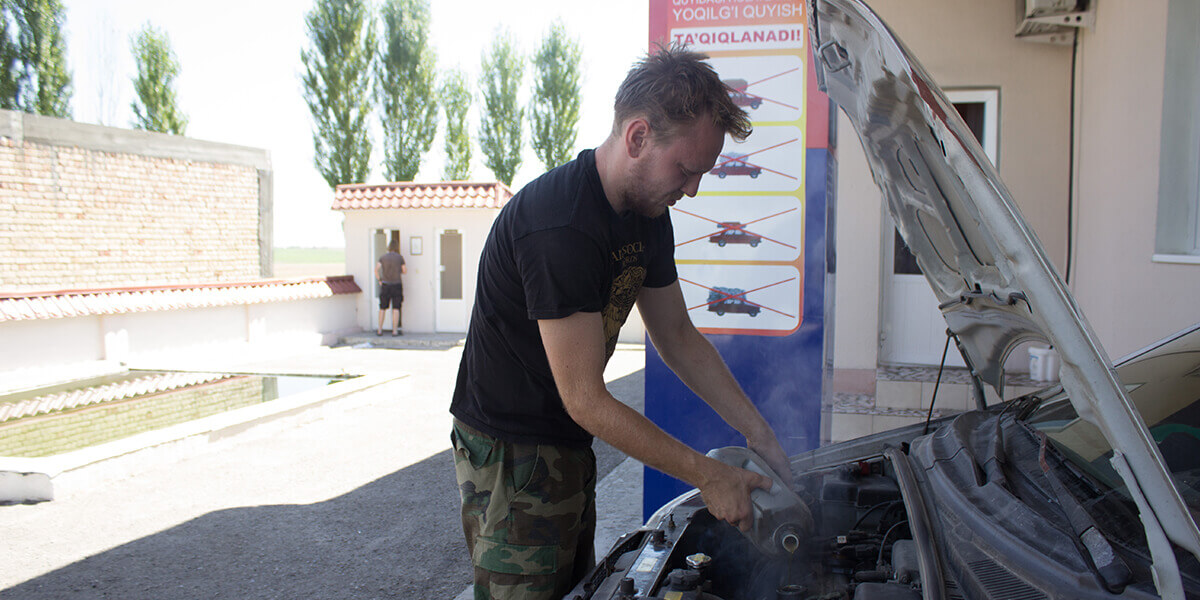 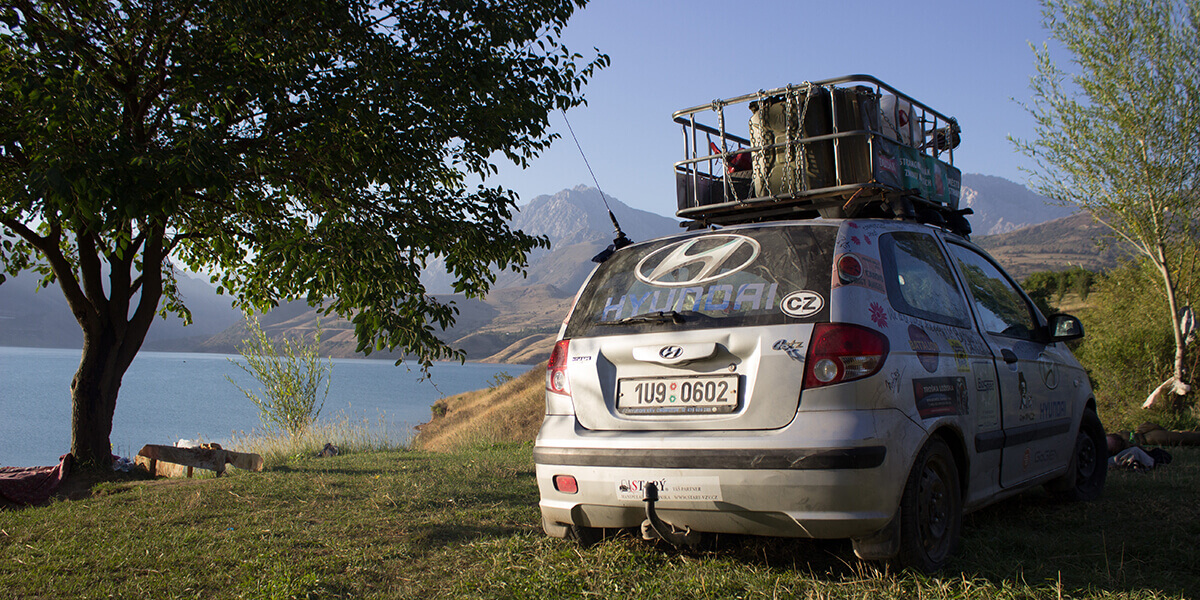 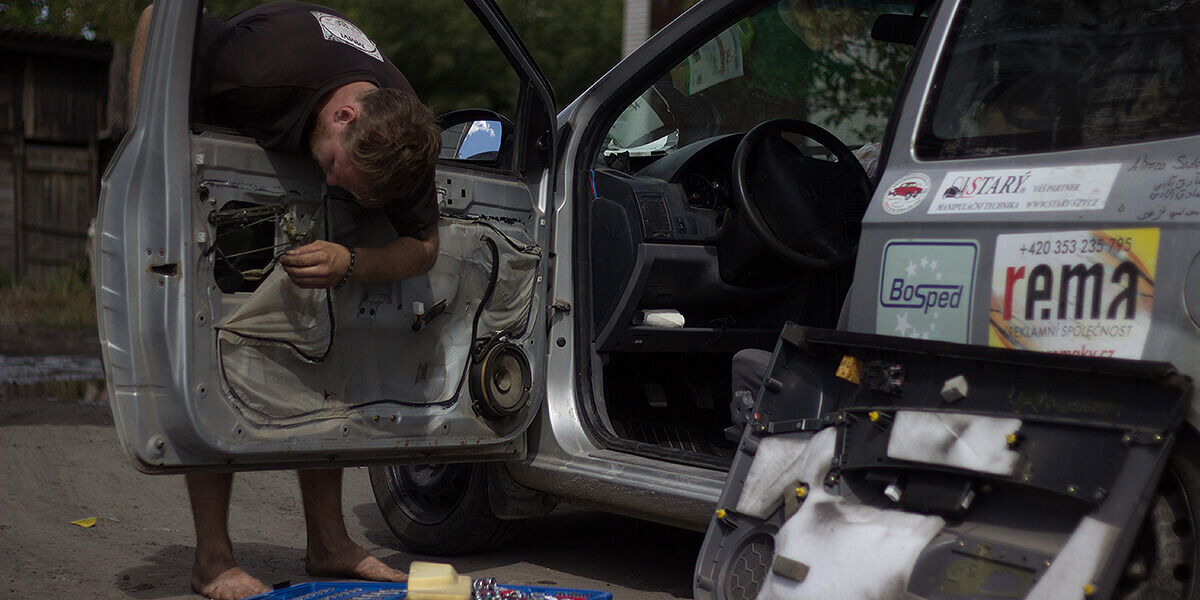 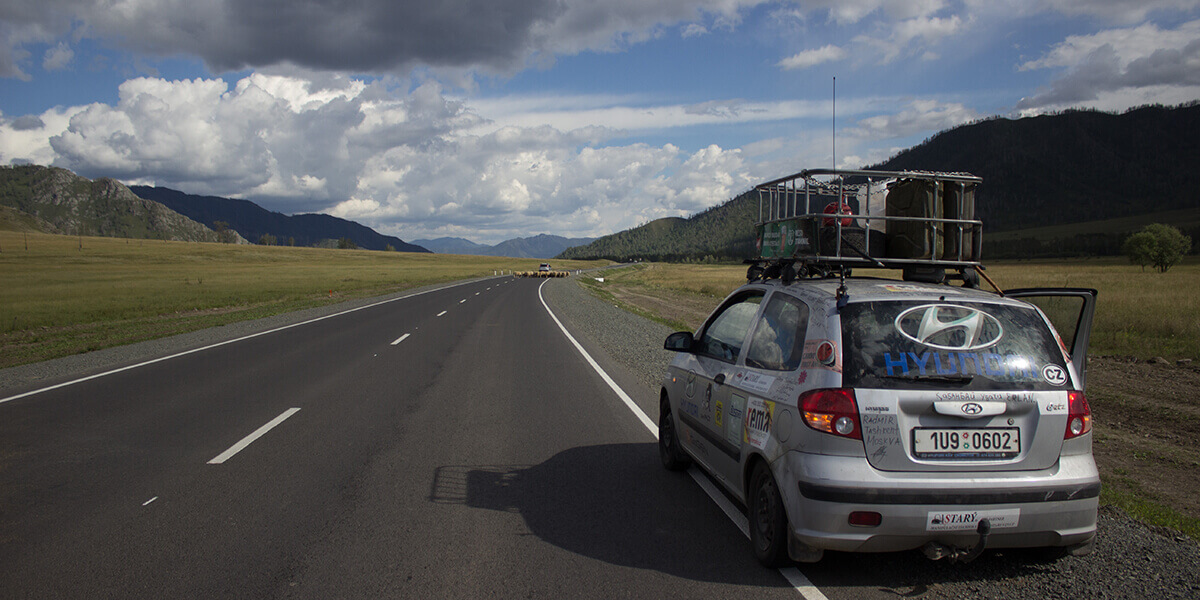 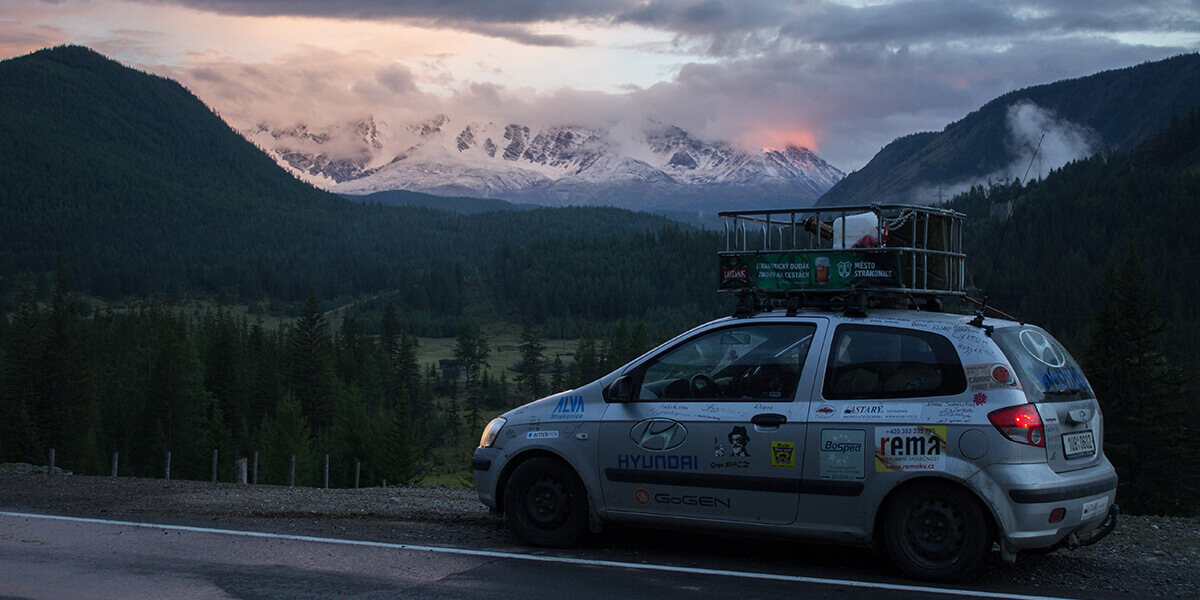 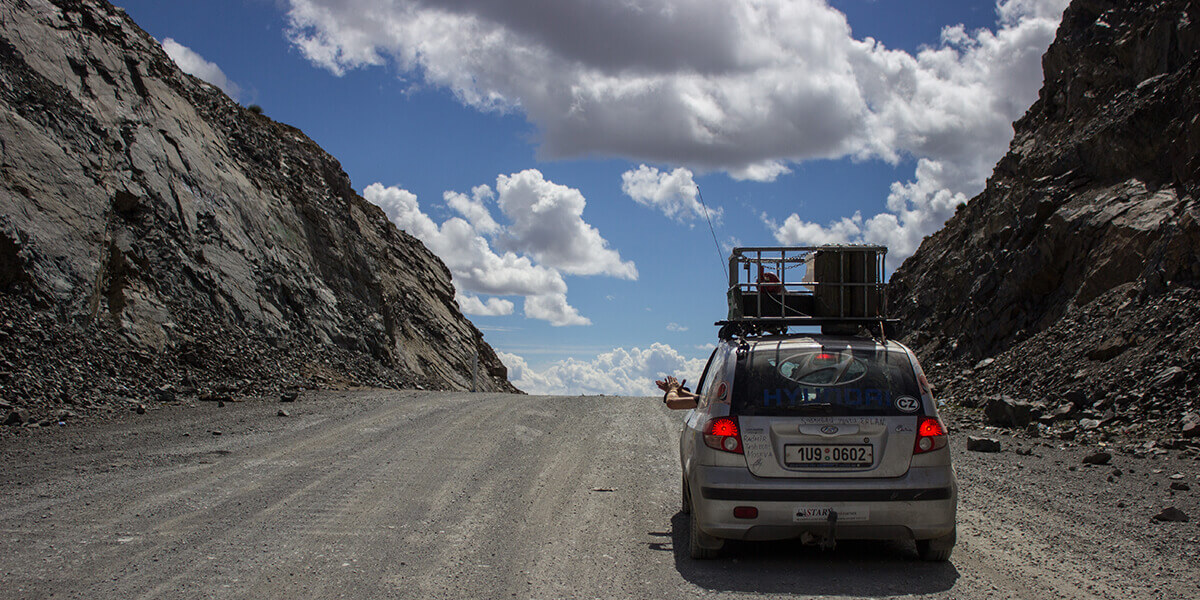 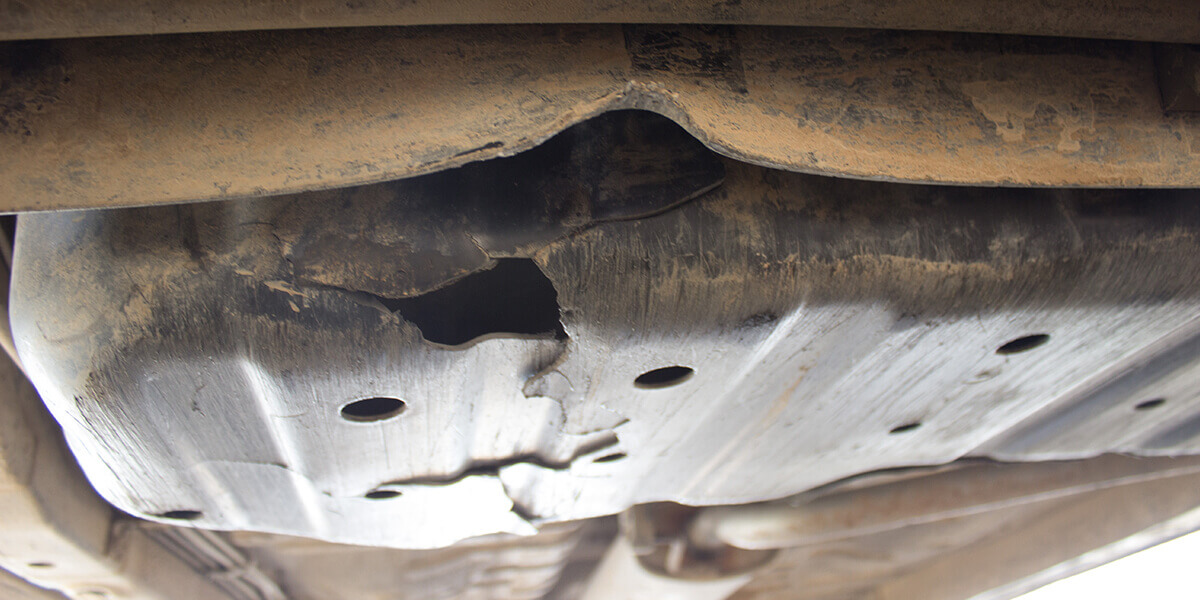 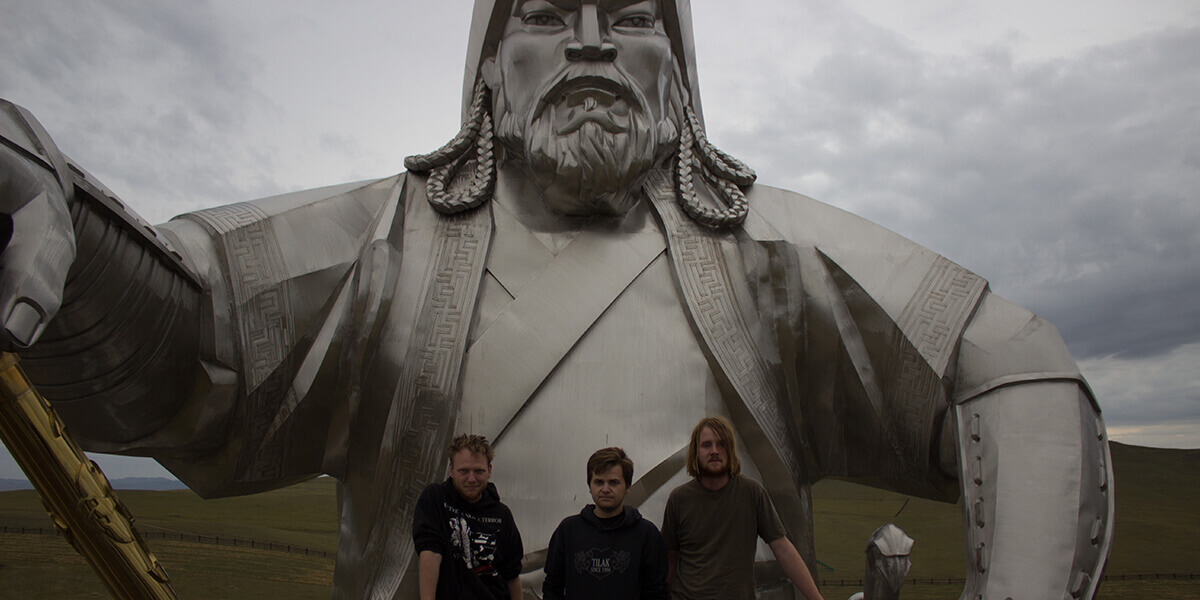 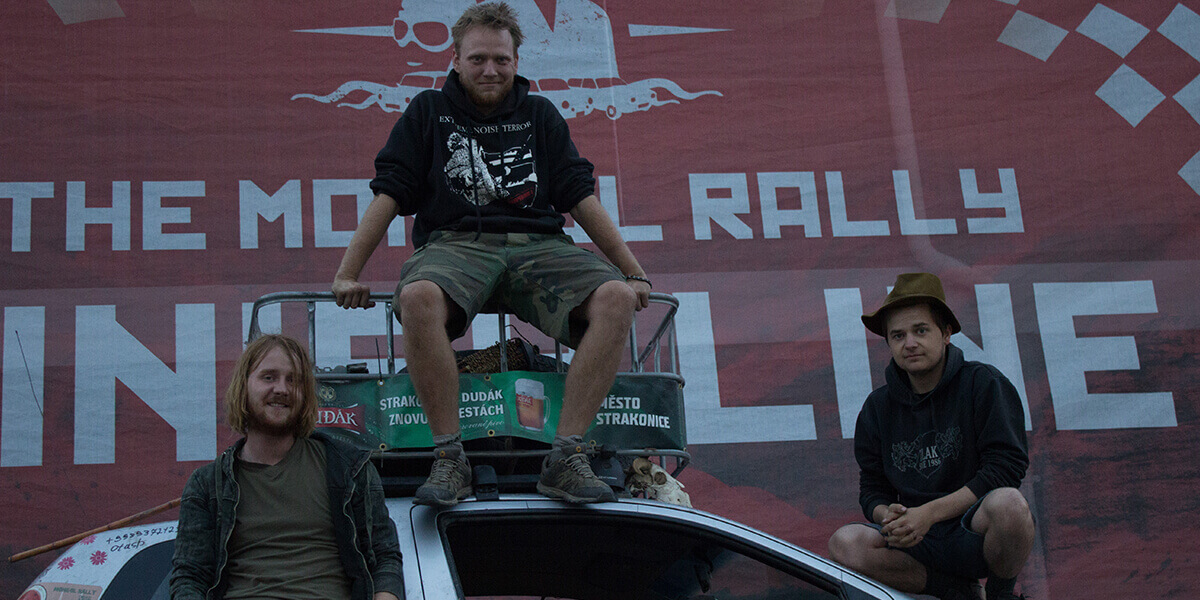 Expedition Czech crew (consisting of Ondřej Kozák, Lukáš Kupec and Michal Starý) traveling liter Hyundai Getz 17,000 kilometers to the finish in Ulan-Ude in the “rally”, which is not about to finish first, but mainly ride, to raise money for charity, and especially how the organizers themselves say: “Fighting to make the world less boring”.

They drove through Austria, Hungary, Romania, Bulgaria, Turkey, Georgia, Armenia, Iran, Turkmenistan, Uzbekistan, Kazakhstan, Russia, Mongolia and across Russia, Ukraine and Poland back home. Twice broke tank, bended car arms, axles, tore bumpers, about a hundred times sank into the sand in the desert, numerous times repairing tires, exploded controller, waded into the rivers, they took hitchhikers, bribed cops, called the embassies, visited hell, participated in two weddings, birthday partying, they slept in the castle on the tower, not even once do not pay for accommodation, eating marmots, drinking the acidified horse milk, and despite all of this, the infernal car imported them to the finish!